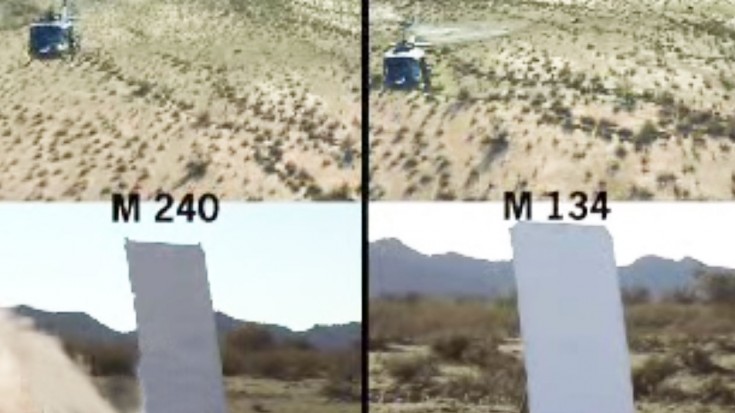 Firepower At Its Finest!

There are several other factors to consider when comparing accuracy of each weapon but this is a pretty good test. It’s not exactly perfect but it’s okay. The M134 Gatling Gun has a muzzle velocity of 2,800 ft/sec and rate of fire of 2,000–6,000 rpm which is quite high. This six-barrel machine gun has a 7.62×51mm NATO cartridge.

It features Gatling-style rotating barrels with an external power source, normally an electric motor. The minigun’s multi-barrel design helps prevent overheating, but also serves other functions. Multiple barrels allow for a greater capacity for a high firing rate, since the serial process of firing/extraction/loading is taking place in all barrels simultaneously.

Despite not being the lightest medium machine gun in service, it is highly regarded for reliability, and its standardization among NATO members is also seen as a major advantage.