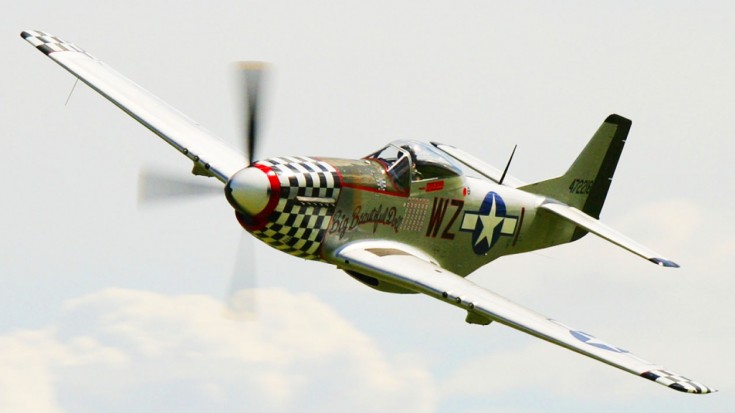 This Girl Has Quite An Interesting History Too

Big Beautiful Doll was built in 1951 by the Commonwealth Aircraft Corporation and was originally used by the Royal Australian Air Force. She was never used in combat, logging in just 4 hours of flight during her service. She was then sold to a private owner in 1958, changing hands every few years after that. She crashed twice and was restored, only to crash again in 1973 but this time, almost beyond repair.

This P-51 was featured in the movie Saving Private Ryan in the scene where Tom Hanks is shooting the tank. This is the plane that flew over and destroyed it!

She was then shipped to China with some spare parts at the end of the 70s, and was restored to airworthy condition. After a decade, Big Beautiful Doll made her way to the United States and played in various high profile Hollywood movies. Most notably, she appeared in Memphis Belle, Empire of the Sun, Saving Private Ryan and George Lucas’ Red Tails. She also regularly flew at airshows, but unfortunately crashed in 2011 due to a mid air collision. Luckily, no one was injured.