Why Are Underwater Explosions So Much More Effective? 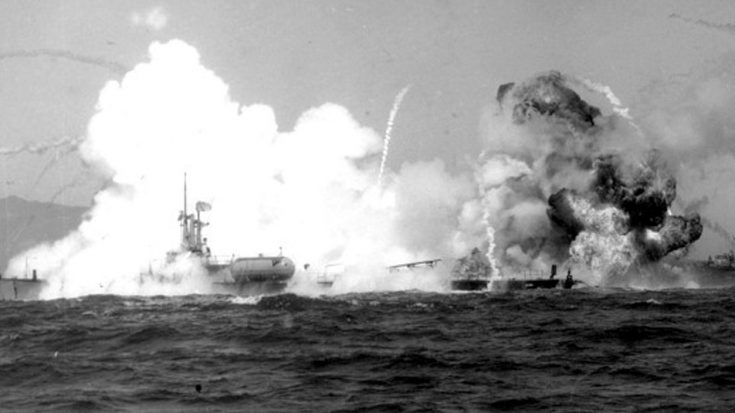 During the Second World War traveling by sea was one of the most dangerous ways of getting to a location. Seafaring vessels were at constant risk of attack from submarines, torpedo bombers, depth charges and naval mines. All of these were more inherently deadly than explosions above water, so why are explosions more deadly beneath the surface of the sea?

When an explosion occurs underwater it creates a bubble of heated high-pressure gas that expands outward and then immediately contracts. This void of empty space becomes superheated followed by a shockwave which then causes the bubble to pull inward. So it essentially creates a quick but destructive pushing and pulling force that can rip at the hull of a vessel.

U-boats and torpedo bombers often targeted the center of a ship to very effective results. The explosion in the center of the ship affects the buoyancy of the water causing the middle to sink while the front and rear are supported. Essentially the ship sinks in the middle and is ripped apart by its own weight.

There are many more technical aspects to bombing underwater vessels that are made easy to learn in this video from Military History Visualized.