Why Did East Germany’s Soviet Army Resemble The Third Reich? 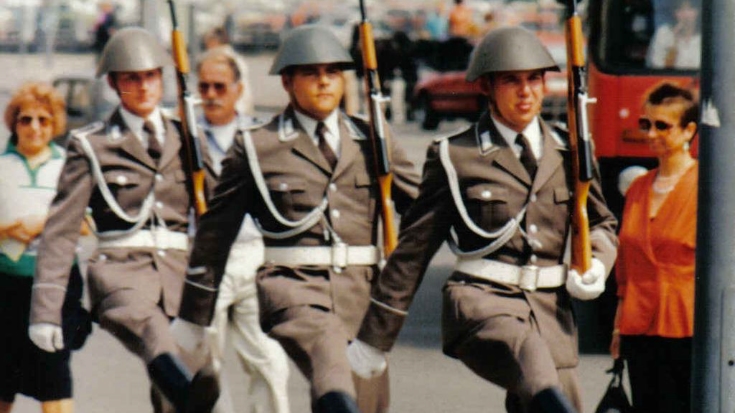 Following the defeat of the Third Reich, Germany was divided among several nations. East Germany fell under the control of the Soviet Union as they maintained a tight grip over their territory. However, when a formal army was established it bore a striking resemblance to the Wehrmacht.

West German territories did whatever they could to put aside their past, yet the East seemed to embrace it. Established in 1959, the Nationale Volksarmee was Soviet Army division made up of 120,000 troops to occupy East Germany.

East Germany wanted to be seen as an independent nation among the Soviet Union. The best way to echo that idea is to appear visibly different and not resemble the Red Army. The Nationale Volksarmee maintained a German tradition, and citizens were more at ease around soldiers dressed in Wehrmacht attire rather than Red Army uniforms.

The uniforms appear similar to the Wehrmacht with some minor differences. The tunics have the same appearance color, but belt buckles feature the insignia of the Soviet Union.

Although they never saw combat, the Nationale Volksarmee was said to have some the most well-disciplined soldiers the world had ever seen. The Army disbanded in the early 1990s with the fall of the Soviet Union. Mark Felton Productions has prepared an insightful video examining the history of East Germany’s army.