Why Japan Kept Fighting After The Second Atomic Bomb 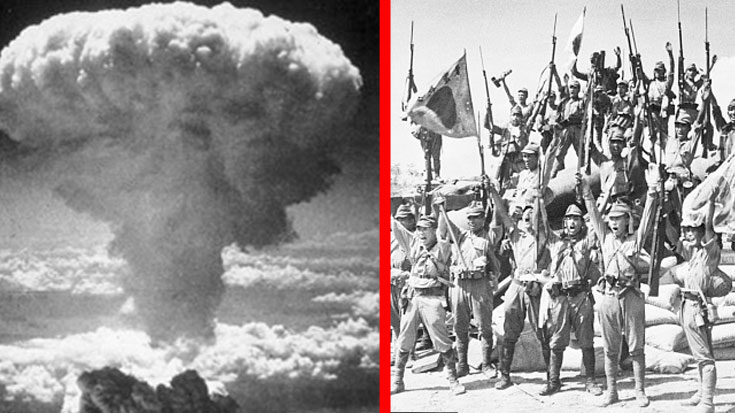 The United States of America dropped their second atomic bomb on Nagasaki on August 9th, 1945. Public perception leads most people to think that this forced an immediate surrender of Japan, but it did not. The Japanese kept fighting on despite the use of nuclear weapons and they had a reason for it.

Imperial Japan was on the losing side of the war but never lost their fighting spirit. In fact, there was no recorded incident of a Japanese soldier ever relenting prior to Emperor Hirohito’s public declaration of surrender. Japanese military leaders insisted on continuing to fight after the use of the atomic bombs because the number of casualties was less than the Tokyo bombings.

Ultimately what it boiled down to, was that Imperial Japan wanted to force the United States into a confrontation on the mainland. The Japanese army was better prepared for an invasion, having familiarity with the territory and superior numbers. They knew that this was their only chance at victory amid an all too desperate situation.

Their determination to face the United States on land was not deterred by constant bombings and atomic weapons. However, on August 9th, 1945 the Soviet Union attacked Japanese forces in China with a swift victory. Now facing yet another enemy, having lost most of their occupied territory and surrounded on all side Emperor Hirohito relented to an unconditional surrender.

Most of the Japanese people felt crushed by the surrender on August 14th, 1945, although there were many who refused to accept it. A rebellion of 1,000 Japanese soldiers attempted to storm the palace of Emperor Hirohito before he could announce that surrender. But these men were driven back by soldiers loyal to the Emperor. In an even crazier turn of events, a Japanese soldier was found on a Pacific Island nearly 30 years after the war ended, still fighting for their cause.

Military History Visualized provides a great look into the events that occurred between the Nagasaki and Japan’s final surrender.