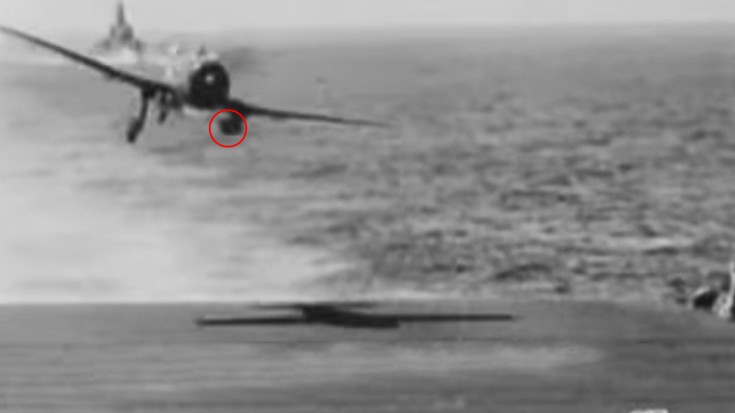 Hairy Doesn’t Even Begin To Describe These!

World War II pilots sure had their work cut out for them. With so much emphasis put on air supremacy during the war, these young men were up there all the time getting shot and shooting. Surviving an air-to-air battle wasn’t even the end of it though.

With the Navy in the Pacific Theater, those young pilots had one more thing to do. “Land on that tiny postage stamp in the middle of the ocean,” as they often called a carrier in the water. Most definitely easier said than done, especially in that hog nosed Corsair.

There was yet another layer to this too. Most of these birds were damaged. Missing flaps, stabilizers and landing gear were not uncommon, so on top of everything else you have to compensate for your plane not being in the best of shape.

One of the most notable (although you can say that all of them are) landings was the Hellcat that caught on fire as soon as it landed. It’s not so much for the horror of the pilot, but the crew on these decks too. Engulfed in flames, the plane was swarmed by the crew despite the heat and possible explosion. They pulled the pilot out and saved his life putting their own on the line.

Pure respect for all those boys, past and present!