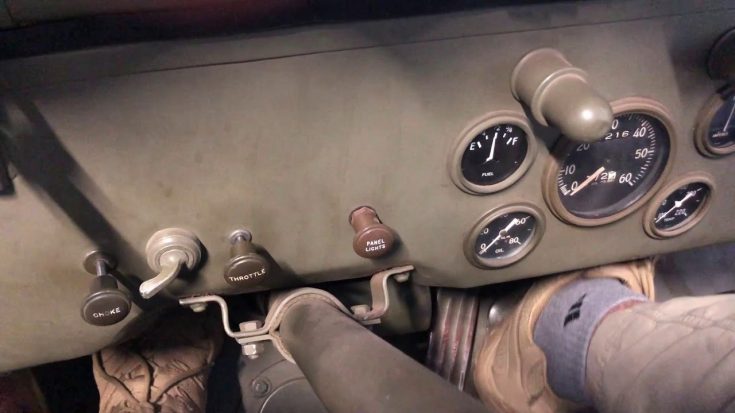 Eisenhower once regarded Willys MBs as one of the three decisive weapons the US possessed during WWII.

This iconic jeep earned its fame and reputation through its toughness, durability, and versatility in combat. In total, 359,489 Willys MBs were produced between 1941 and 1945.

With that said, this YouTuber’s own 1945 Willys MB is still functional today. To prove it, he shows us how he starts its up.

First, he steps on the clutch and turns on the ignition. Then, he draws about a half inch of choke and a quarter inch of throttle. After that, he checks if the gear is on neutral before pumping the gas pedal three times. Finally, madbritwilly56 pushes down the foot starter pedal, allowing his almost 80-year-old jeep to start up effortlessly.

All that work is suddenly worth it after hearing its original engines roar to power.