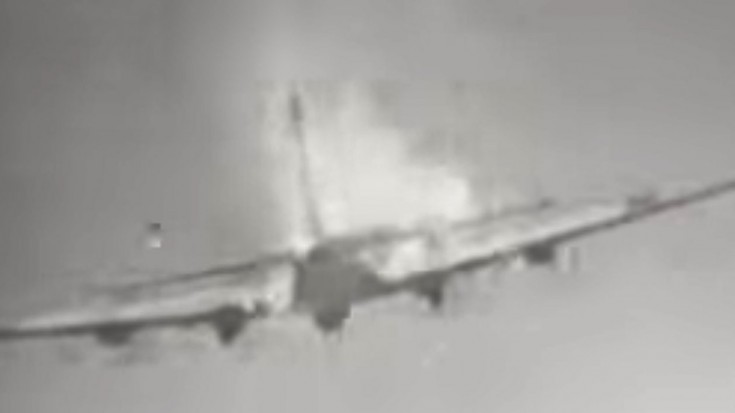 During World War 2, the Focke-Wulf Fw 190 was regarded by most as Germany’s best fighter aircraft. It was designed by Kurt Tank and became the backbone of Luftwaffe’s fighting force. There were over 20,000 of this war bird built and its roles were mainly as fighter-bomber, day fighter and ground attack aircraft.

In the opinion of German pilots who flew both the Bf 109, the Fw 190 provided increased firepower and, at low to medium altitude, manoeuvrability.

This gun camera footage is quite intense. You see some parts coming off, plenty of smoke trails and blasts. It surely kept us on the edge of our seats. The Focke-Wulf Fw 190 is a nasty little butcher bird but it also had its flaws. Although not as big as compromising operations, it also had its limitations just like other legendary WW2 planes. The attacks were quite devastating though — absolutely tragic to look at. Nevertheless, you’re sure to see plenty of incredible action here!