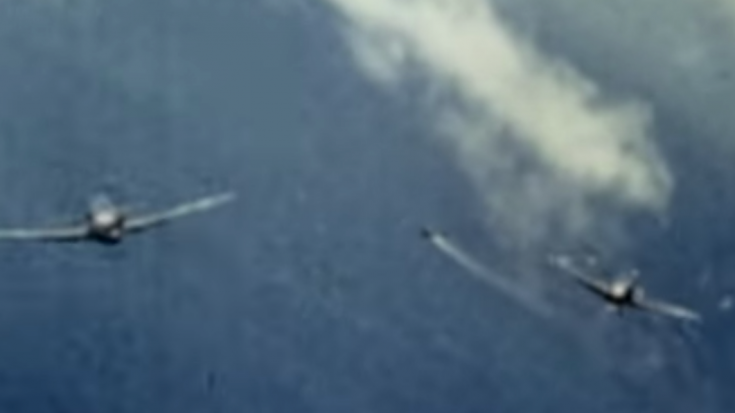 As important as fighting the aerial battles of WWII was, it is also important to learn from them. Every battle brings a challenge and a vital lesson even if you win or lose. Pilots don’t always get to pass their wisdom on to the next fighter before heading into the next mission or come back from a mission at all. Fortunately, the invention of gun cameras allowed the Army Air Force an important opportunity to document and study footage from dogfights.

Gun cameras in fighter planes go as far back as the 1920s and were used to keep accurate kill scores for pilots in battle. The camera works by synchronizing with the machine gun taking pictures whenever it fires. This mechanism allows planes that return to study footage of enemy evasion tactics and to accurately track kills awarded to the pilots.

The gun camera isn’t a device that will save any lives in the heat of battle, but studying it for long term use to learn from your enemy and successes it key to continuous victories. The film was very effective for newsreel footage, propaganda and is even used for stock footage to this day. Some of the best gun camera footage from WWII can be viewed in this clip from several decisive aerial battles.