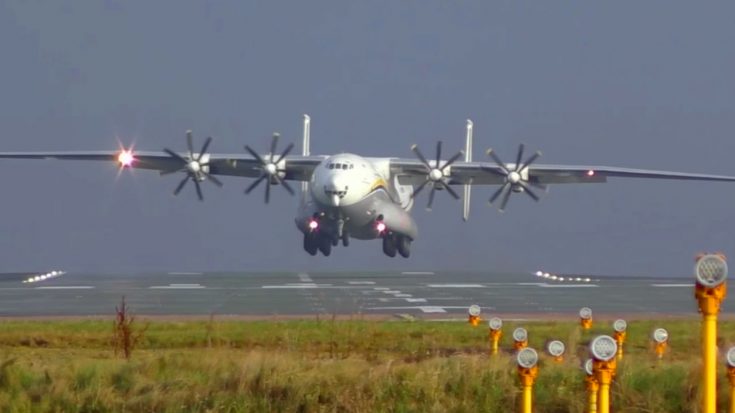 Propeller-based aircraft are a little bit on the outdated side but that doesn’t mean that they are entirely useless. There are still plenty of turboprop planes that are still functional to this day in a variety of roles. However, not many of them have the sheer size of the An-22 Antei which absolutely dwarfs all other propeller aircraft.

The Antonov An-22 Antei is the world’s biggest propeller aircraft with a massive wingspan of 211 feet. This plane typically serves as a cargo transport Russian military operations as well as humanitarian airlift efforts. Using eight contra-rotating propellers on four huge engines the An-22 can achieve speeds of 460 miles per hour and over 550,000 lbs of cargo. You wouldn’t think that a plane as big as the An-22 would be aerodynamic but it is surprisingly agile.

Only a few An-22s still exist and only one is in use of a commercial service where it has been known to deliver large engines to other planes. Needless to say that such a big plane gets a lot of attention wherever it goes. This short video shows the massive Antei coming over the horizon taking off and actually catching a crosswind. It’s a very impressive sight to witness.