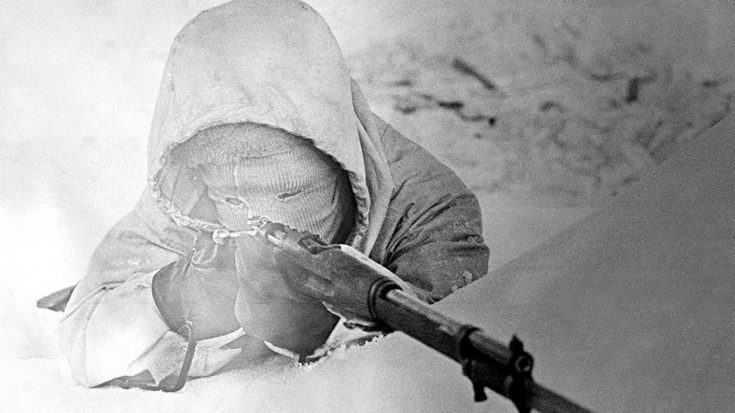 Snipers play a crucial role in warfare because often times a single assassin can be more effective than an entire army. Precision attacks not only kill enemies but it works to spread fear throughout their ranks throwing them off guard. The greatest sniper in history spread fear like no other to the point where entire army units feared him as The White Death.

Simo Häyhä lived a humble life as a farmer in Finland and in his spare time would shoot at targets with his bolt action rifle. In 1939, the Soviet Union mobilized an army and invaded Finland which started a conflict known as The Winter War. This was his time to shine as Simo Häyhä joined the Finnish Army as a sniper and went into action against the Red Army.

He cloaked himself in white to blend in with the snow and even used a white mask for additional camouflage. Small details which may have given away his position was done away with, including removing a reflective sniper scope and eating snow to avoid the heat of his breath from appearing.

In total Simo Häyhä had over 500 confirmed kills as a sniper and another 200 with other guns. As the Winter War came to a close he was hit in the face with an explosive round and recovered with scarring and facial deformities. He went down in history as the deadliest sniper in history for his onslaught against the Red Army.

Simple History takes a look at the life of Simo Häyhä and the methods he used that earned him his reputation as The White Death.