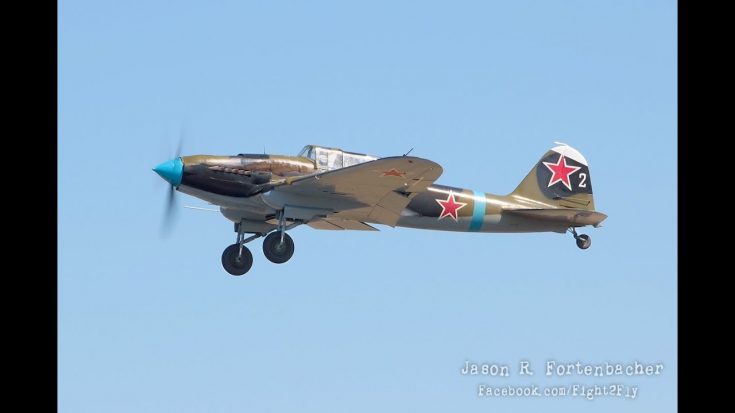 Out of over 40,000 Ilyushin Il-2M3 Sturmoviks produced during the Second World War, only a handful in the world are still flying. The video captures the world’s first flying IL-2 Shturmovik since WWII. This warbird finished its restoration in late 2011 and was then received by the Flying Heritage Collection in early 2012.

This legendary plane is powered by an Allison 1710 taken from a P-38 Lightning, and the propeller turns in a counterclockwise direction. Several bullet holes are also retained in the engine and cockpit armor.
The pilot definitely has superb flying skills, giving us a near-perfect, smooth landing.

We also love the fact of how well-maintained the aircraft looks! The IL-2 has since been put up for public display, and these flying events are free to the public.