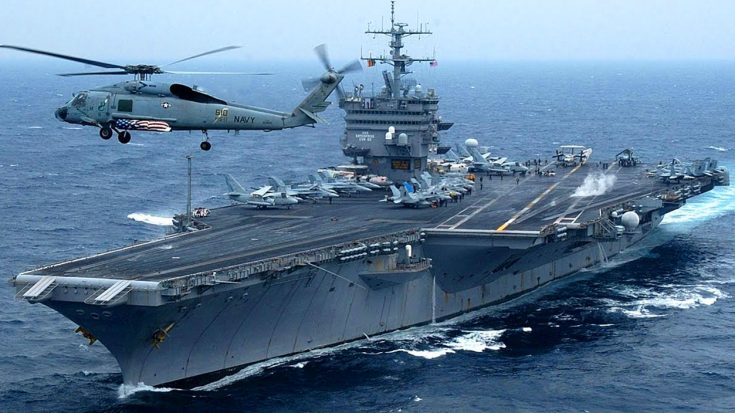 The USS Enterprise is like to the most famous aircraft carrier in the world. Debuting in 1960, it is the first nuclear-powered carrier and set the standard for naval warfare. This ship had a commanding presence in conflicts ranging from the Cuban Missile Crisis all the way up through the war in Afghanistan. After more than half a century of service, the USS Enterprise is meeting its fate, the ship is scheduled to be decommissioned in early February.

Retired in 2012 the Enterprise has spent the past few years being disassembled at the shipyard where it was constructed in the early 1960s. The United States Navy will hold a private decommissioning ceremony on February 3rd at Newport News Shipbuilding.

“The carrier was the eighth Navy ship to bear the name Enterprise, which dates to the Revolutionary War. The Navy has said a future Gerald R. Ford-class aircraft carrier also will be called Enterprise.”

Out with the old and in with the new as the next USS Enterprise is expected to enter service by 2025. The ship has earned its place in history as it passed the torch to the next vessel that will bear its name. For the USS Enterprise, this is not death, this is immortality.