World’s Most Powerful Non-Nuclear Bomb – See It In Action 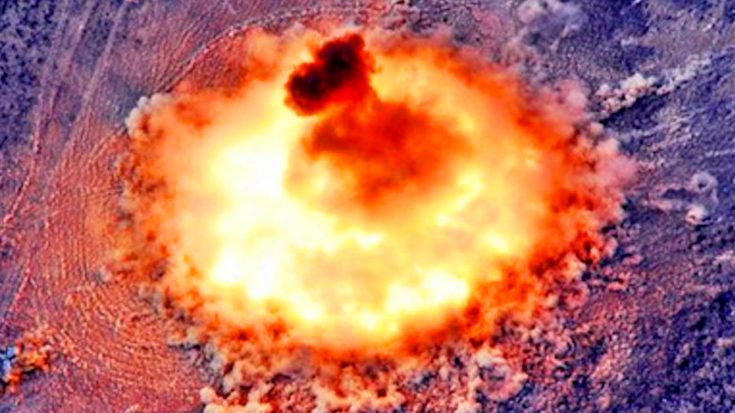 Recently the US Air Force MC-130 dropped the Mother of All Bombs on an ISIS tunnel complex killing nearly 100 militants. The blast heard around the world inspired discussion of whether it was ethical to use such a powerful bomb or if it was a justified strike on terrorists. Media outlets all over the world called the MOAB “The Most Powerful Non-Nuclear Bomb.” However, that’s not entirely true because Russia has a stronger one appropriately named The Father of All Bombs.

Aviation Thermobaric Bomb of Increased Power (ATBIP) as it is officially known is the most powerful non-nuclear bomb in the world. Created in 2007 by the Russian military the ATBIP has four times the destructive power as the MOAB and will practically evaporate anything in range.

“This massive weapon has an epicenter with a radius of 200 meters after detonating while the blast effects are felt at a range of up to 2.5 kilometers from the detonation spot. It is said that the ATBIP has a destructive power equivalent to 44 tons of TNT.”

Many claim this weapon was developed without nuclear properties as to avoid any violations on nuclear weapon development. To our knowledge, the Father of All Bombs has only been used once and it is unknown exactly how many have been developed. It may not be as big as a MOAB but its epicenter burns at twice the heat making it much more deadly. For a demonstration of the power of the Father of All Bombs watch this test footage.