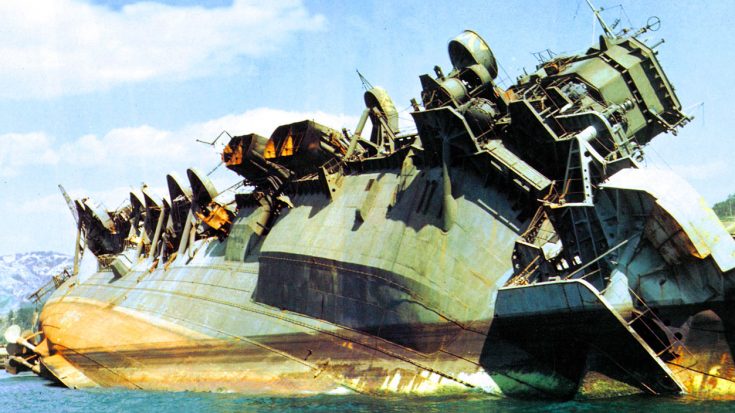 They called it the Amagi, which translates into Heaven Castle was Japan’s most final aircraft carrier of WWII. With a length of 745 feet, this massive aircraft carrier could hold 23 A6M Zero fighters, 21 D3A dive bombers, and 21 B6N torpedo bombers. This daunting aircraft carrier was a powerful symbol of war until the Americans encountered her.

This warship wasn’t as big as the Yamato-class battleships of the time but it far more effective due to its use of aircraft. Giant battleships were outdated by the time the war began, it was simply more effective to carry several aircraft to attack targets rather than firing blindly from miles away.

The Amagi served in the Pacific Theater of War for only a few years before she met her fate. On July 24th, 1945 while docked in the Kure shipyards the Amagi came under attack by an American aircraft carrier.

“By the end of the attack, her flight deck was completely destroyed, and she suffered a slight list to port due to flooding, but she did not sink, largely thanks to the lack of widespread fire. Over the next few days, flooding became progressively worse, but she remained upright.” 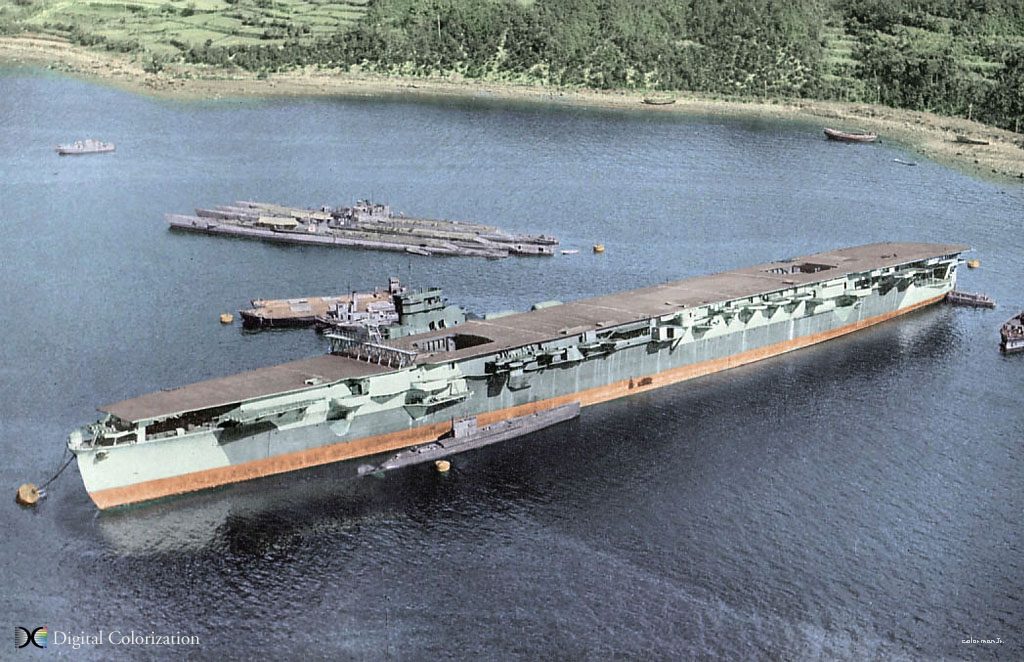 The initial attack did not cause its destruction, but the American returned for another raid four days later landing several bomb hits causing the Amagi to capsize. In this video, you can see the wreckage of the once proud aircraft carrier after being decimated by the American attack.