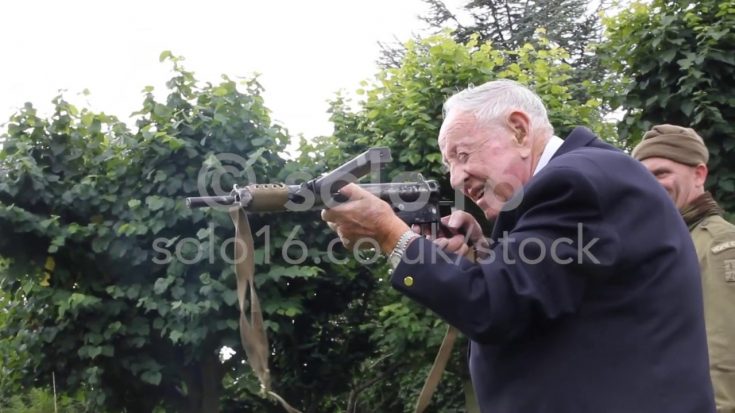 You can see the joy in his smile as he fires those rounds. Even at that age, he still had a lot of fire in him.

This veteran’s name is Trevor Miners. He served as a Patrol member of the Perranporth Patrol for 9 months in 1944. Here, we see him fire the Sten gun after roughly 70 years and his gleeful smile is just heartwarming to watch.

Unfortunately, Miners died in 2016 at his home. He was one of the last surviving members of Winston Churchill’s Auxiliary Units. Miners was beloved by his local hometown too. He ran the local youth club, helped raise funds for a swimming pool at the local primary school, and was a member of the choir. We ought to honor his service and goodness.