WW2 Color B-26 Marauders Over Germany 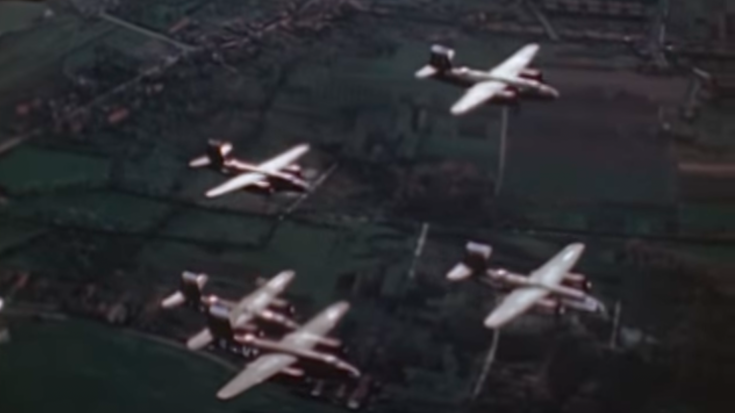 Who knew clips of a WWII bomber could be this relaxing? Watching these rare montages of B-26 Marauders is so mesmerizing.

The footage shown features the bombers of the 9th Air Force’s 323rd Bomber Group flying over to Germany in 1945 from the north of France. Inside shots taken from the plane offer a quick look as to what these men were up to during such missions.

Marauders had the lowest loss rate of any US Air Force bomber but it wasn’t free from criticism. Pilots complained about how challenging it was to fly and it got to the point where Martin published articles to “educate and defend” it from slander.

Still, you can’t knock the 0.5% loss rate it had in the European Theater of Operations.