WW2 Film: How To Identify The Messerschmitt Bf 110 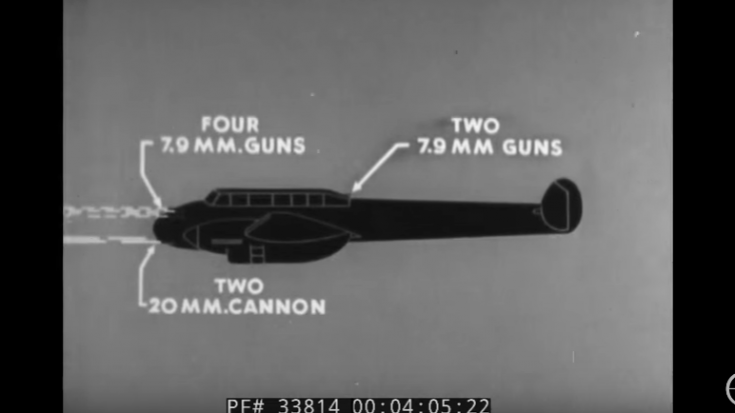 This short clip is an aircraft identification movie from the US Army Air Force and details every single important feature of the legendary Messerschmitt Bf 110. The audience consisted mostly of the fighter and bomber pilots, air and anti-aircraft gun crews and the civil defense personnel. You may notice that the narrator refers to it as Me 110 instead of the correct one which is Bf 110. Why? Here’s the answer:

“In 1938, designer Willi Messerschmitt’s reputation had grown to the point where the Air Ministry suggested changing his company’s name from Bayerische Flugzeugwerke to Messerchmitt A.G.. Subsequent aircraft would be identified with the “Me” prefix; those already in production, the 109 and 110, would retain the “Bf” designator. Nonetheless, many people began referring to the “Me 109” and “Me 110″ including the USAAF.” – Ace Pilots

Some may say that the Bf 110 didn’t exactly meet the expectations (test pilot complained about its maneuverability) of the Luftwaffe but I think it’s not fair to ignore its success in other fields and theaters. Still, this World War 2 film covers all the essential information. Check it out!