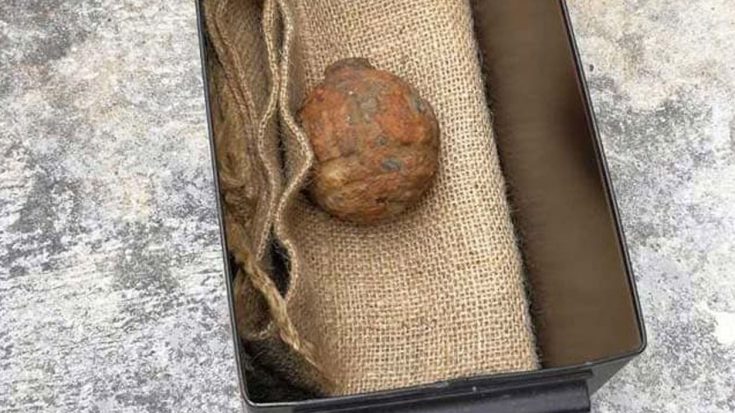 From a political standpoint, France is not doing so well right now which is why this news is even stranger as it was a pure accident. A farm in said country was traced to be the culprit of sending bags of potatoes to China, one of which contained a World War I grenade.

On February 2th, 2019, workers at a chip making company by the name of Calbee unpacked potatoes only to have a grenade fall out. To make matters worse, reports say it was discharged, meaning the pin has been pulled before the grenade was thrown, so the dud was technically live.

The farmers who sorted the potatoes probably didn’t notice the device as it was rusty and covered in mud, resembling a potato.

A World War I hand grenade was harvested with potatoes in France and shipped to a potato chip factory in Hong Kong — until a machine found that one was not quite like the others https://t.co/8qvScAPt5I

The grenade was German made, weighed a bit over 2 pounds and was 3 inches side. The chief of police stated, “Since the grenade had not blown up at the time it was thrown, there was an immediate danger that needed to be handled right away,.”

The Hong Kong Police Force was immediately called and the factory evacuated. A special team came down and detonated the grenade using a manhole, something you can see on their official Twitter page here.

Also, here’s the official news report which aired on an English speaking channel.