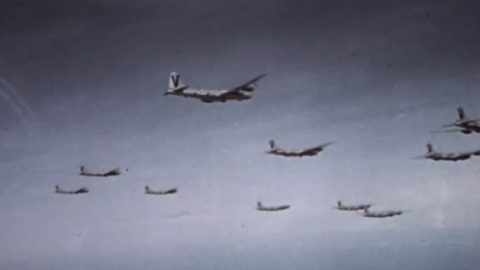 A Beast In The Sky

This footage is equal parts amazing and terrifying. It’s an absolute nightmare to be on the receiving end of this raid. During World War 2, the Allied Forces conducted air raids in Japan which resulted to 241,000 to 900,000 deaths. It was the highly effective bombing campaign that became a major factor in influencing the Japanese government’s surrender.

Meanwhile, the P-51 Mustang seen on the clip is undoubtedly a thing of beauty. Designed in 1940, it helped ensure Allied air superiority. During the war, Mustang pilots claimed the destruction of 4,950 enemy aircraft. The P-51 was also used at the beginning of the Korean War.