A WWII Aircraft Just Crashed Killing All On Board 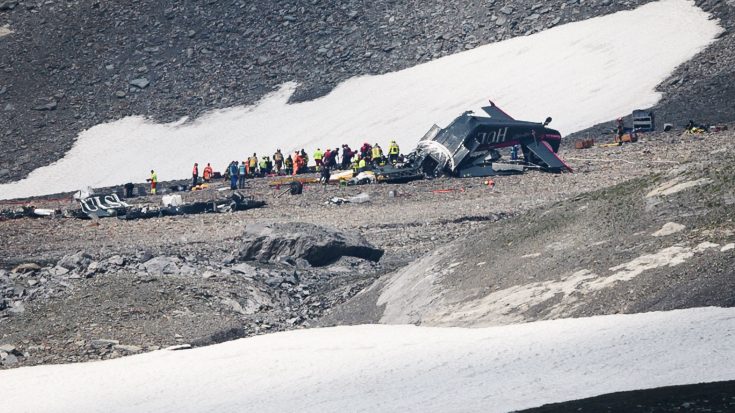 On Sunday, August 5th, 2018,  a Junkers JU-52 operated by a tour company called JU-Air crashed in the Swiss Alps at approximately 5 P.M. local time. According to reports, all 17 passengers and 3 crew members perished in the crash.

The Junkers JU-52 is a trimotor transport aircraft built by Germany from 1931 to 1952. Almost 5,000 of them were produced and although they were retired from military service in the 80s, a few private companies still use them.

As of 2018, only seven of them were still airworthy around the world, one now being subtracted from that count. The company JU-Air Tours operated four out of the seven until this Sunday.

After the Ju-52s were officially retired in 1981, a few ambitious people from the VFMF (Association of the Friends of the Swiss Air Force) raised money to procure two JU-52s for commercial flights, eventually adding another two. After only three years, they started regular sightseeing flights over the Alps under the company name of JU-Air Tours.

“Yesterday was the worst day in the 36-year history of JU-Air…We have all suffered a very great loss.” -Kurt Waldmeier | JU-Air CEO

The two pilots onboard the crashed aircraft were aged 62 and 63 and very experienced flying this type of aircraft. According to the company’s website, the JU-52s they used were serviced after every 36-hours of flight.

This was the first crash by the company since its inception. On the side of caution, the company decided to discontinue all their future JU-52 flights until further notice.

The crash claimed the lives of eleven men and nine women aged 42 to 84. Most of the passengers were Swiss residents except for three people who were from Austria.  Their names have not yet been released.

As with all crashes, the appropriate government authority will assess the aircraft, combing through what’s left to try to determine the cause of the crash. Authorities said it will be a difficult investigation as this type of vintage aircraft do not have black boxes and the area is not often scanned by radar.

Here’s a short clip from CBS confirming the story.