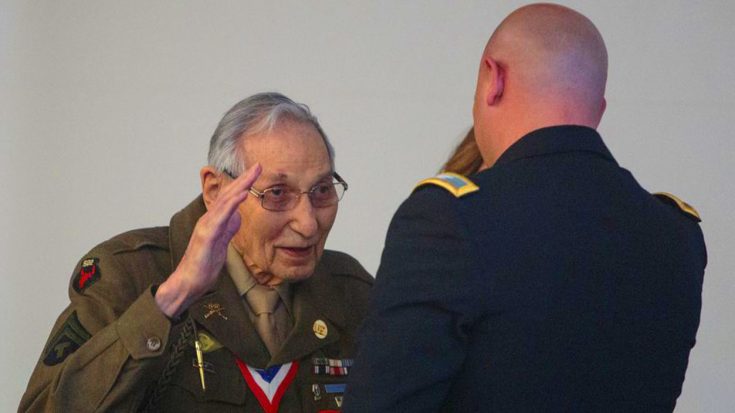 Virgil Westdale has lived quite an amazing life in his 100 years in this world. He has been many things from a soldier, an inventor, a soldier and a hero after liberating a German concentration camp. However, his greatest passion was to be a pilot but that was taken from him 75 years ago over something beyond his control.

In 1942 Virgil Westdale had some experience as a pilot but was determined to join the War Training Service (WTS) in the battle against Imperial Japan. He excelled in training as a combat pilot but upon graduation, an instructor began an investigation into him. He figured it was because of his skill, but sadly he found himself having his pilot’s license revoked. Westdale had an American mother, but his leadership took issue with the fact that his father was Japanese.

He was down but not out, he accepted a reassignment to the 442nd Regimental Combat Team which consisted of all Japanese members. Now over 75 years Virgil Westdale is having his Army Air Corp badge reinstated to commemorate his heroism.

“It was the restoration of his Army Air Corps Badge. That is 75 years after it was wrongfully taken away from him, so it’s a pretty big deal.”

This was a remarkable occasion for Virgil Westdale as military officials returned the Wings stripped from him so long ago. Friends, family and even a holocaust survivor liberated by Westdale were in attendance for this ceremony.