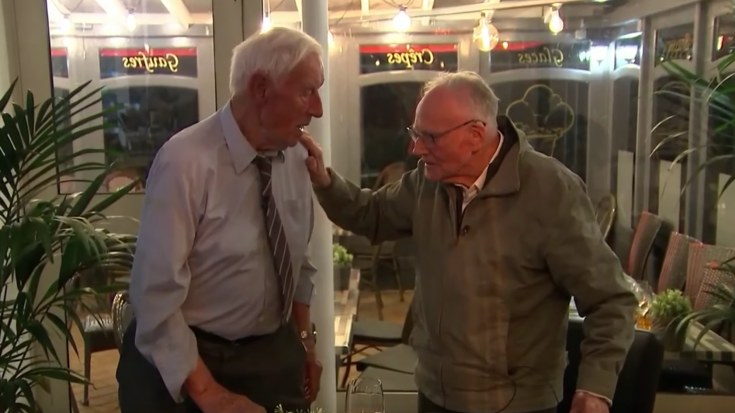 In this clip we found a story of 2 soldiers who served on opposite ends during D-Day, who have never met. It was 75 years ago when they were supposed to kill each other on those sandy beaches, but now it is time to reunite and meet face to face.

Paul Goltz was fighting for the furer. Harry Reid for King and Country. Two who witnessed some of the most brutal bloodshed and fighting those days. Now it’s time they meet, face to face for the first time and exchange words. Although they will never forget those moments, time has a way of putting differences and pain aside and allow one-time enemies, to reunite and become friends.