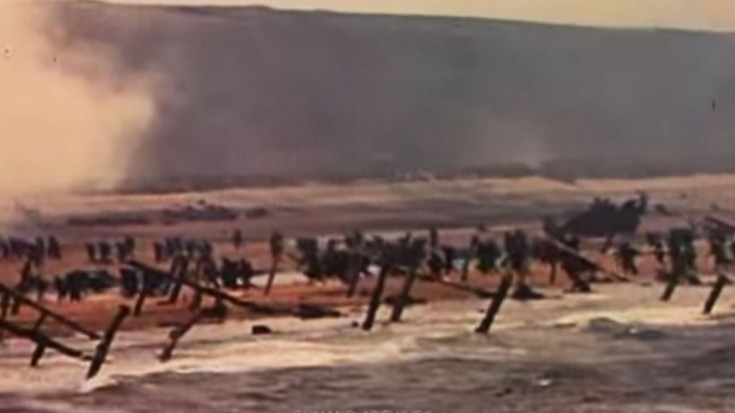 This Dramatic Footage Will Give You A Glimpse Into That Day

D-Day or the Normandy landings were officially codenamed Operation Neptune by the Allies. A part of the larger operation named Operation Overlord, D-Day was the initial step which was aimed at liberating France from Nazi Germany’s grip. Once completed and with a firm stand on the Western front, the Allies planned to advance through Europe.

Here are some tragic statistics of the Normandy landings:

This was the largest seaborne invasion in human history and certainly one of the most secretive. While D-Day took place on June 4th, 1944, the planning for the strike began a year earlier. Thinking of every tactical advantage, the brass took into account even the phase of the moon and tides of the ocean. While organizing their attack, there was also a background operation going on. Adequately dubbed Operation Bodyguard, its goal was to deceive the German Nazis as to what time and place the invasion was going to happen. This was done extensively through double agents, radio traffic and visual deception. After D-Day, Operation Bodyguard was deemed a tactical success.