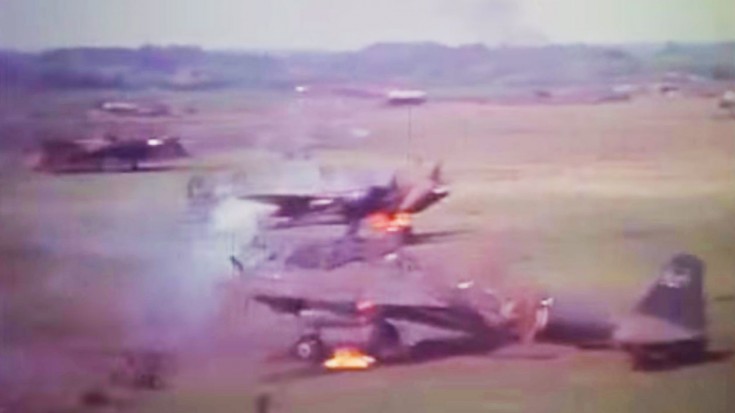 This color footage of P-51s strafing Japanese airfields makes you almost feel like you’re in the cockpit. It seems like these pilots were given a mission to destroy any aircraft on the ground in order to diminish the enemy’s air combat capabilities. These types of missions were particularly dangerous because of several factors. Most obviously, anytime a pilot flies in close proximity to the ground, he runs the risk of crashing in case of a single mistake.

Strafing runs were also done by P-47 Thunderbolts which pulverized anything in front of them with their 8 M2 Browning Machine guns.

Although P-51 Mustangs were very effective dogfighters, their losses were greater when they were used for strafing runs. While radial engines such as the ones in a Thunderbolt were air cooled, Mustangs Allison engines were liquid cooled. This made them vulnerable to small arms fire from the ground, as a single soldier with a rifle could puncture the engine and put the Mustang out of commission.