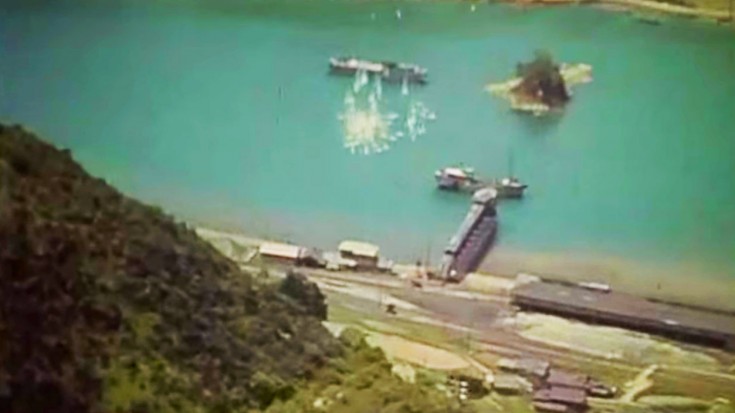 These Pilots Were On A Mission And Did Their Job Well!

This color World War II footage of a P-51 strafing Japanese targets is nothing short of incredible. After Pearl Harbor, American Navy ships were sent over to the Pacific Theater to crush the Imperial Navy. With countless naval and air battles ensuing, the U.S. crippled Japan’s naval operations. For the remainder of the war, more air raids were called upon to cripple Japan’s ability to fight.

From 1944 until the end of the war, strategic raids on Japan were meant to cripple their supply routes and surrender.

As you’ll see in this intense footage, fighter planes were used to strafe enemy targets. Although bombers such as B-25 Mitchells and B-29 Superfortresses were used on larger targets, P-51 Mustangs like the one in this video were used as well. They took care of small factories as well as cargo and freight ships to stop the Japanese war machine. This video will show you a first-person view of how low and intense these missions were and the amount of fire they were coming in at.