WWII Footage Of A B-17 Going Down 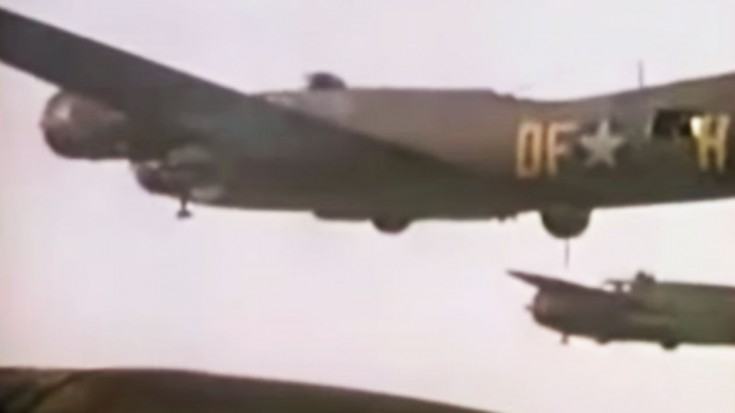 The Intercom Dialogue Really Puts You There!

B-17 Flying Fortresses, the most iconic bomber planes according to many, were sent to some of the most dangerous enemy territories during World War II. Designed to travel long distances and drop up to 8,000 lbs. of bombs, they were used extensively in the European Theater. Their missions typically involved destroying strategic targets such as bridges, factories, airfields and oil refineries. With such high value targets, one can imagine that the Axis would protect their assets at all costs and did so through intercepting fighters and heavy flak.

This Fortress is hurt…drifting into the flak alone and helpless. In a minute Nazi fighters will swarm in like buzzards for the kill. You can watch, but you can’t go down to help.

As you’ll see in this historical footage, a B-17 squadron gets attacked by Nazi fighters. Though tough to watch, the audio from the intercom will really show you to horrors these brave crews faced every time they flew out on missions. They see one of their B-17 hit, with an engine catching fire. It then begins to plummet towards the earth, while you hear the other crews hoping for them to bail out. They see five parachutes deploy, however, B-17 crews typically consisted of 10 men.