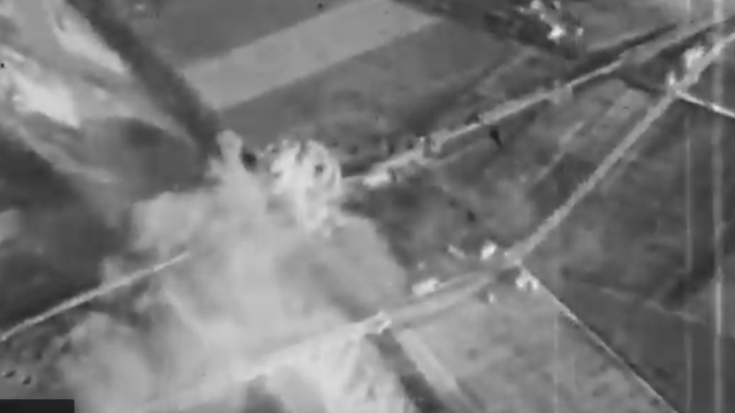 We’re History Buffs, But We Never Saw Most Of These Clips.

The Junkers Ju 87, often referred to as Stuka, is a German dive bomber designed specifically for ground attack. Although underrated as they were slow and were not fighters in the traditional sense, these planes were produced from 1935 until the end of World War II. Seating two (a pilot and gunner,) they were vulnerable to fighter attacks and needed to be escorted by fighter squadrons in order to bomb effectively.

This video did not come with sound so some of you might be disappointed. Yes, we love engine sounds too and hear what’s going on, however, sometimes things weren’t recorded with sound in those days. Whoever made this video however did put in some intense music however, blending it perfectly with the events unfolding in front of you. In our opinion, that worked superbly.

At the end of this video the person who put this little gem together flashed a picture of a German pilot. So you don’t lose any sleep over that, the man pictured was Hans-Ulrich Rudel. He was the most decorated German soldier and also the most successful Stuka pilot. He flew 2,530 combat missions and destroyed over 2,000 targets. As a juicy piece of information, he was actually contacted by the United States during the 70s to help develop the A-10 Warthog.