WWII Footage: U.S. Navy Downing Kamikazes At Night Is Like A Scene From Star Wars 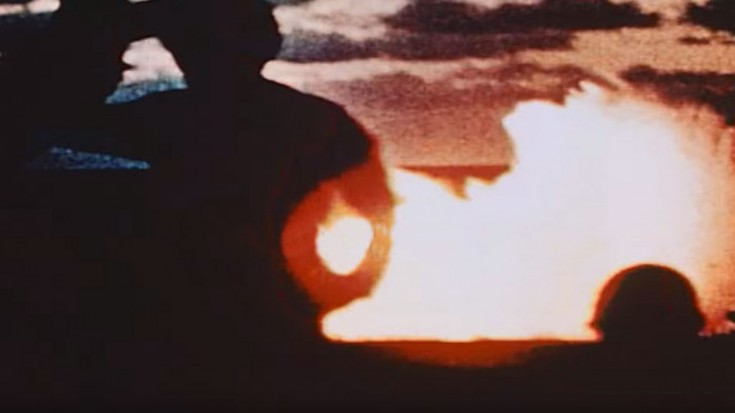 “Just Wow” Is The Only Thing You Can Say Here.

This footage comes to us from a company called Critical Past which curates World War II films as well as other vintage footage. We’ll go ahead and apologize for their logo smack in the middle of the video, but there’s nothing we here at World War Wings can do about it. As for the footage, well, judge for yourself but we think it’s pretty incredible.

It features the blackness of the night sky in the Pacific Theater in 1944 lit up by Allied anti-aircraft fire. The entire sky is lit up by bullets and tracers with a couple of explosions in the sky. Those are Kamikaze Zeros being hit by the massive bullets, sending them plummeting down towards the water.

The word “kamikaze” means “divine” or “spirit wind” in Japanese.

Kamikazes first attacked as a unit during the Battle of Leyte Gulf on October 25th, 1944. It consisted of five planes led by Japan’s ace, Hiroyoshi Nishizawa. During the next two days, over 55 other kamikaze attacks occurred which did significant damage.

In just two days, they managed to hit 47 ships sinking five and damaging over 35. One of the ships sunk in the initial attack was USS St. Lo. When the kamikaze hit the flight deck, one of the bombs started a massive fire which ignited the bomb magazine which exploded. Of the 889 men onboard, 143 were killed or missing.