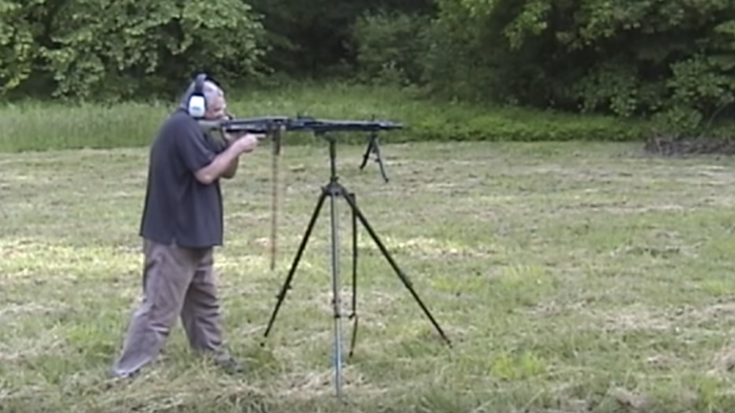 This is an MG42 machine gun in MG1A1 configuration set up to fire a 7.62 mm NATO barrel. Notice how sweet it sounds when he fires it – I’m actually thankful he didn’t add some cheesy, techno music to go with it which is common but extremely annoying.

“The MG 42is a short-recoil operated, air cooled, belt fed weapon which fires from an open bolt. The barrel is quick-removable, and can be replaced in less than six seconds by a properly trained crew, although an asbestos glove is required to remove the hot barrel. The action of the weapon is operated by the recoil of the locked barrel, assisted by a muzzle booster which uses pressure from the muzzle blast to increase the recoil impulse.” – Modern Firearms

Now, we can go on and on about he should have done this or used this etc. but the thing is, it’s still an awesome weapon. I won’t ever say no to firing that little beast.