WWII History: The Ship That Fooled The Japanese By Becoming An Island 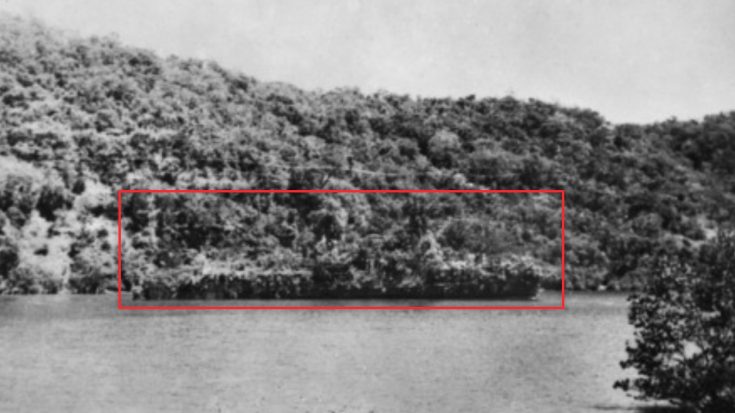 This is a story fit for a movie. The HNLMS Abraham Crijnssen was an underdog in a desperate situation. The solution was nothing short of genius. Here’s how it all went down.

A minesweeper of the Royal Navy, the HNLMS Abraham Crijnssen and three other Dutch ships  were based in Surabaya (modern-day Indonesia) in 1941. This was a very unfortunate location to be when Japan invaded, especially because the HNLMS Abraham Crijnsenn was not a fast ship (17 mph at most) and could barely defend itself ( armed with just one 3-inch gun and two 20mm cannons). She was lucky though- the other three Dutch ships did not survive.

Surrounded By The Enemy

Crijnssen’s chances of survival were looking slim. The Java Sea and Sunda Strait were swarming with Japanese ships and the sky was buzzing with planes. It was only a matter of time before the Crijnssen was detected and destroyed. Where could they hide? How could they run?

They couldn’t hide or run as a ship. The captain thought, “What if they just became an island – a moving island?” There were so many islands in this part of the world, the resources to disguise the ship were plentiful, and it was definitely worth a shot.

So that’s exactly what they did. All 180 ft long and 25 ft wide of the ship was covered in foliage and the hull painted gray to look like rocks.

The Crijnssen took the extra caution of only traveling by night. During the day, they quietly kept still next to the real islands. In this way, the ship miraculously escaped right out from under Japan’s thumb. After eight days, they were safe in Australia. The suspense must have been insane!