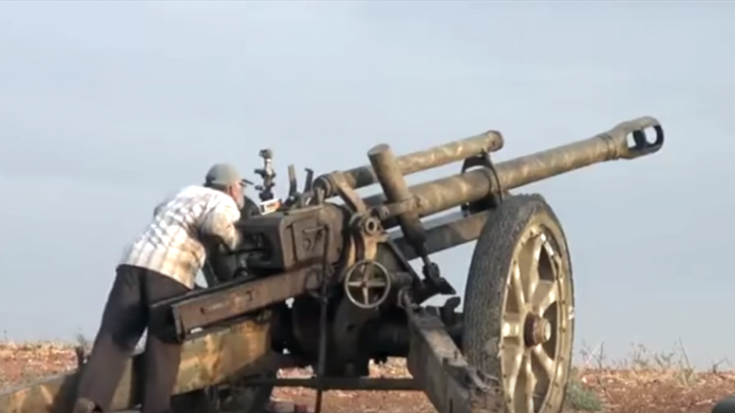 To say that this here is a nice piece of machinery is probably the understatement of the century. The ‘10.5 cm leFH 18’ is a standard light howitzer used by the Germans during World War 2. There were several modifications though — the first one was the addition of a muzzle brake and the second was mounting the barrel on the 7.5 cm PaK 40 antitank gun carriage.

It had a heavy, simple breech mechanism with a hydro-pneumatic recoil system. The 10.5 cm leFH 18 had wood-spoked or pressed steel wheels. The former were only suitable for horse traction. Initially, it was not fitted with a muzzle brake.

This integrates interesting German engineering and years after it was first used, it still packs a lot of punch. You would hate to be on the receiving end. Oldie but goodie? Absolutely. It’s incredible that this gun still works. You see, it takes a lot to restore weapons such as this.