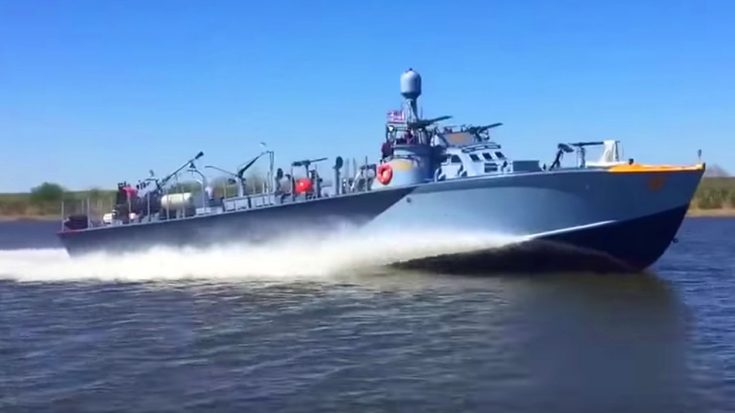 Patrol Torpedo Boats haven’t been seen for a very long time. During WWII these fast and agile boats took down enemy boats with 2,600-pound torpedoes once they were in range. After the war, the majority of these boats were scrapped by the US Navy to avoid having to maintain their wooden hulls while others were converted into other roles such as fishing boats. PT-305 was one of those fishing boats that underwent a massive restoration and is now the only functional Patrol Torpedo Boat in the world.

The National World War II Museum in New Orleans obtained PT-305 back in 2007 and began a massive restoration effort to make her seaworthy again. It took countless people, over $200,000 in donations and 100,000 hours of work but the ultimate passion project paid off and PT-305 is seaworthy again.

In this video, you can see this beautiful boat speeding through the waters of New Orleans. If you feel like doing one better you can even arrange for a ride on PT-305 at http://pt305.org/