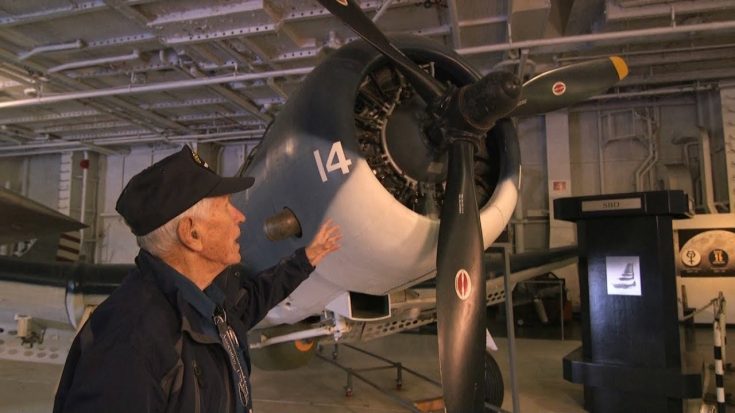 They should do more of these segments where veterans explain the various mechanisms of these warbirds. It’s pretty refreshing to see someone who actually used it during wartime explain its complexities. Plus, it takes one hell of a pilot to man these Douglas SBDs.

Its great diving characteristics, potent bomb load, and ruggedness were keys to its success during the war. Another particular feature this dive bomber has is its perforated dive brakes. According to veteran pilot Bill Watkinson, those dive breaks would prevent the plane from going into compressibility during dives.

The “Dauntless” was a scout plane and dive bomber in WWII. Above all, it is best known as the bomber that sunk the Japanese cruiser “Mikuma” during the Battle of Midway.