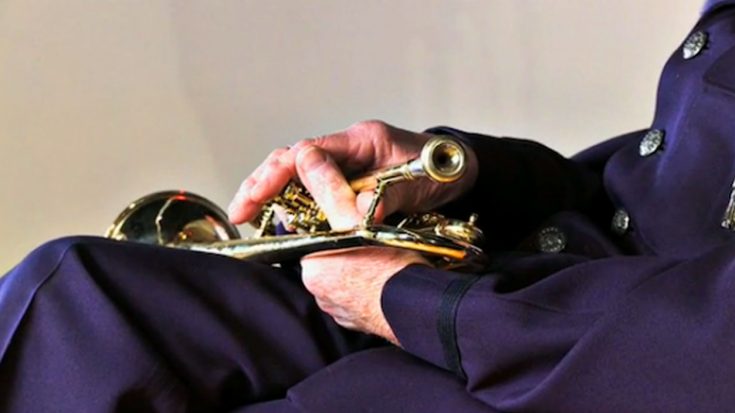 The Power of Music

The Power of Music.

Jack Tueller was a very accomplished pilot of World War II who spend much of his time training others. Some of his students include the Red Tails from the Tuskegee Airmen and Chinese pilots under the command of Chiang Kai Shek. Despite his great accomplishments as a pilot in WWII, his greatest story involves going up against a German sniper and surviving thanks to his trumpet.

Shortly after the forces of the United States invaded the beaches of Normandy the Allied forces began to face sneak attacks from the Germans. As night began to fall, Jack Tueller left the comforts his P-47 and returned to the camp. During the day there have been several snipers attacking the Americans pushing them into a chaotic situation. The Allied Forces did their best to eliminates the snipers in the area but one of them still remained.

The stresses of combat had mounted inside Jack Tueller and he wanted to unwind in the best way he could, through playing his trumpet. His superiors warned him that the sound of the trumpet would make him an easy target for the sniper. Despite their protests, he proceeded to play a German love song and there were no shots fired that night.

The next morning Jack Tueller was summoned to a nearby prison camp where they had apprehended some enemies in the early hours of the morning. To Jack’s surprise, the sniper was among them and wanted to thank him for playing that song. It was the song he sang to his fiance back home in Germany and it was able to take his mind off of the war. With great emotion, the sniper reached his hand through the gate towards Jack Tueller.

“I shook the hand of the enemy. He was no enemy, he was a scared kid like me.”

Sadly Jack Tueller passed away two years ago, but his incredible story is seen in this clip.