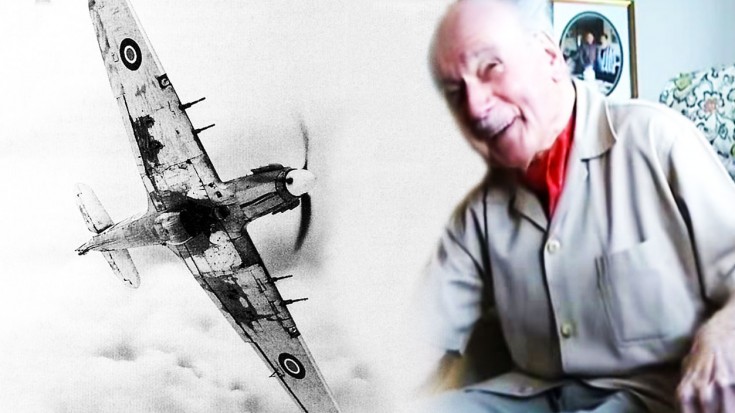 He Can Definitely Deliver A Story, That’s For Sure.

Meet Flight Lieutenant Bill Green, a pilot for the Royal Air Force during World War II. He tells us about his first time in the cockpit of a Hurricane after only a few hours of classroom training. As it turns out, it didn’t go so well for him, but he still remembers it fondly by the excitement in his voice!

“I pulled my stick back, did the loop…and blacked out with the G. When I came around, from the blackout, the instruments were going round and round…I was upside-down, hanging on the straps, and I put my stick over to correct it and went into a spin. The buzz was the Hurricanes and Spitfires can’t get out of a spin…”

After this incident flying for the first time, Bill Green was put into the No. 501 Squadron and had to fly to aid in the Battle of Britain! Having only seven hours of experience flying in a Hurricane, it took only four days for his Hurricane to get so damaged in the battle that he had to glide to safety as his engine was shot.

Five days after that, he was shot down again, this time having to bail out of the plane. To top it off, his parachute failed and he almost died, but lucky his canopy fully opened only seconds from death. Listening to this man’s story is truly inspirational as his life experience at 21 was nothing like most of ours!