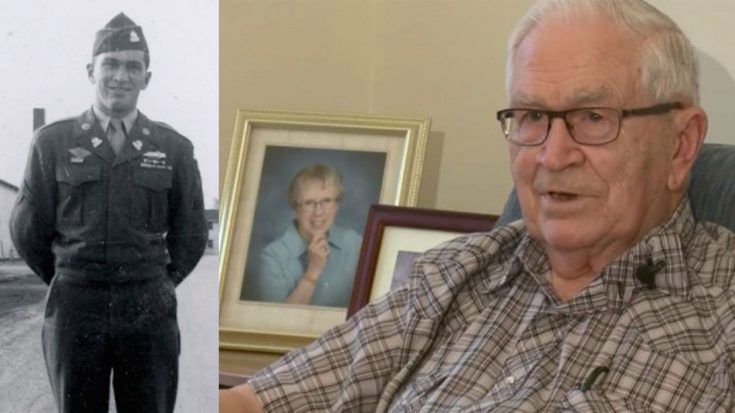 War is hell, anyone who has been in one knows this to be true. It takes everything you have and sometimes a little faith just to endure a battle and make it home alive. This is the story about how a little piece of heaven gave a WWII veteran another chance.

Donald Morrison served in the European Theater of War during WWII where he served as a light machine gunner. He had it pretty rough during his time over there suffering from mumps and frostbite shortly after getting there. He had a few close scrapes with death, but Donald Morrison hadn’t seen anything yet.

Soon fighting broke out between Morrison’s unit and a group of German soldiers near the Rhine River. Suddenly a shell exploded near Morrison sending shrapnel cutting his face and into his chest. His fellow soldiers advanced ahead, taking his gun and leaving behind Donald Morrison’s body believing there was nothing they could do. But shortly after he regained consciousness and felt his chest where the shrapnel hit, only to find it had been stopped by his pocket bible.

“No question I would have been dead if I had not carried my Bible. I was not a particularly religious man at the time, but after that, I knew there had to be a God. I was just very thankful for another chance.”

KXAN News interviews Morrison in this clip recalling his close encounter with death and the faith it inspired in him.