WWII: The Only Person To Shoot Down A Plane With A Handgun 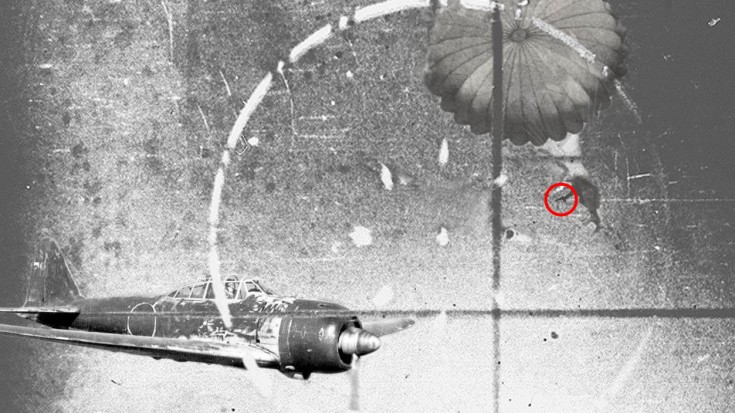 One Of Those Stories For The Ages.

It goes without saying but we’ll do it anyway. World War II was the bloodiest conflict in the world, sending the most amount of soldiers to a fight which ended with the greatest civilian and military casualties ever recorded. That’s saying a lot. There are a myriad of books written about this war in general, but since there were so many people involved, there are even more books written about their personal accounts.

There are so many takes on this horrendous time in our history but think about the small incidents too. There were probably hundreds of thousands of acts of heroism that we’ll never hear about and maybe even more miracles that went unnoticed. We’re glad to say that we found one of those stories that include both.

Owen John Baggett was born in 1920 in Graham, Texas. By 1941 he graduated from college and went on to work on Wall Street, but by the following year, he enlisted in the Army Air Corps (now USAF) when the United States entered the war.

A studious man, he graduated from pilot training in just five months and was sent to Burma, flying a B-24 Liberator. What he happened the following year is one of those stories we just described.

On March 31st, 1943, Baggett and his squadron were sent on a mission to destroy a bridge of strategic importance. On their way, the B-24s got intercepted by Japanese Zeros which hit the squadron hard. Baggett’s plane was riddled with bullets to such an extent that the crew was forced to bail out.

While parachuting, a Japanese pilot decided that downing the plane wasn’t enough. He circled around and started shooting at the bailed out pilots, killing two of the crew. Seeing this, Baggett did the only thing he could. He played dead.

Not convinced Baggett was dead, the Zero pulled up to him at near stall speed, the pilot opening his canopy to check on his horrendous work. Not wasting any time and thinking on his feet (no pun intended), Baggett pulled out his pistol and shot the pilot right in the head.

This is considered the best shot by a Caliber .45 M911 pistol of ALL TIME.

The last thing he saw was the Zero spiraling toward earth.

When he landed, he and the other bailed out crew members were captured and sent to a POW camp where they remained until the end of the war. They were liberated by OSS agents (World War II version of the modern CIA) and Baggett was recognized as the only person during the war to shoot down a Zero with a pistol.

Below you can find a quick and neat animation of this story. We recommend it, it’s pretty good.