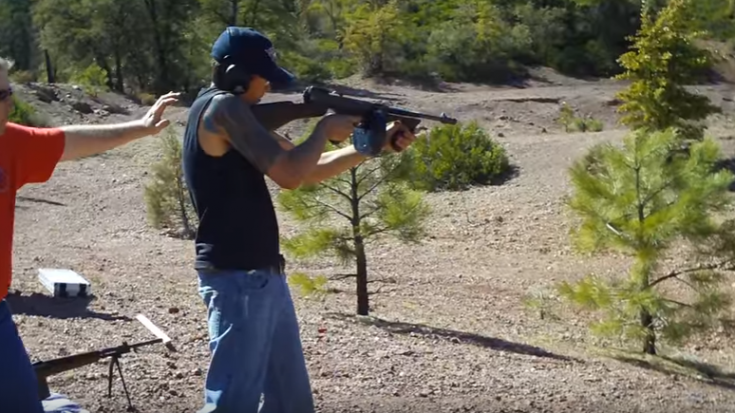 This guy just held a fantastic piece of firearm in his hands. Wow, I hate to admit I’m a wee bit jealous but dang it, I definitely am. Civilian collectors just love this especially since it’s one of the most popular guns in history.

The selective-fire (semi- or full automatic) Thompson fires from the “open bolt” position, in which the bolt is held fully to rearward by the sear when cocked. When the trigger is depressed, the bolt is released, traveling forward to chamber and simultaneously fire the first and subsequent rounds until either the trigger is released or the ammunition is exhausted. This eliminates the risk of “cook-off”, which can sometimes occur in closed-bolt automatic weapons.

In case you haven’t noticed, I’m a big fan of the Tommy Gun but who isn’t? It’s a real badass and I bet it feels great to actually hold one, let alone fire it. Can’t get any cooler than that.