WWII Training: How To Start The B-17 Engine 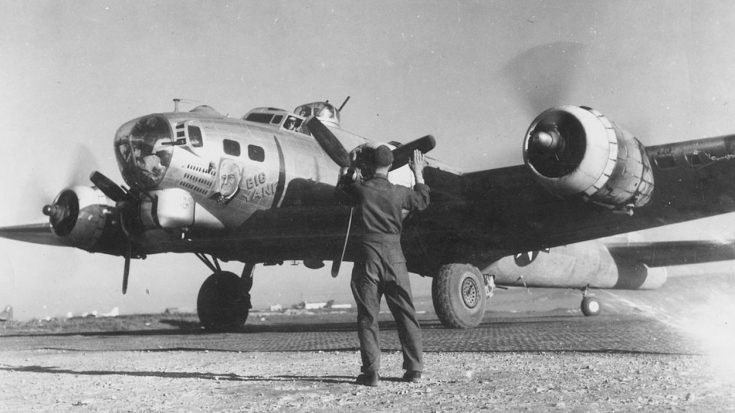 While perusing the internet we stumbled upon a real gem of a video. It the real instructional video from World War II that new pilots watched before stepping into a B-17. Known as a very difficult aircraft to fly, this 6-minute tutorial shows you all the necessary steps you need to take to simply start up the engines.

The B-17 Flying Fortress

B-17s are arguably the most iconic bombers of World War II. Not to detract from other aircraft like Liberators, Mitchells, and the U.K’s iconic Lancasters, but B-17s were produced from 1936 up until the end of the war and dropped almost half of the total bombs that landed in Nazi Germany.

They also had a very good track record of bringing their crews home. Pictures such as the one below were quite common with bomber crews swearing by the ruggedness of the aircraft.

The later variants of the Flying Fortresses were powered by four R-1820 Cyclone engines. Radials as they were popular back then, these bad boys put out around 1,000 hp depending on the variant of the engine.

Although B-17s used these engines more than any other aircraft, they were also used on Douglas airlines in the DC series, Navy’s SBD Dauntless and even the Piasecki H-21 helicopter.