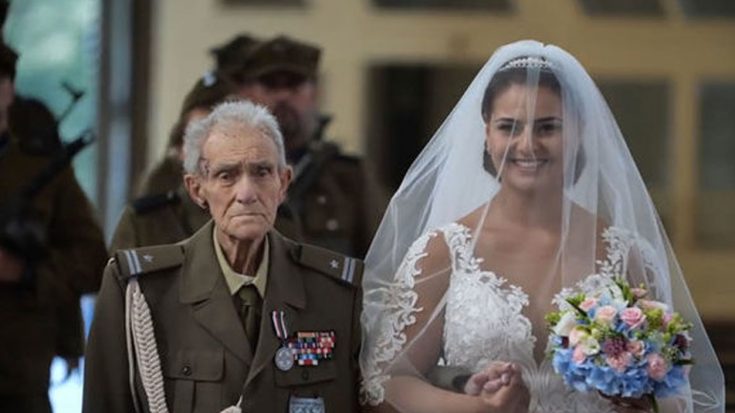 This is probably the most bittersweet story about a World War II veteran we’ve heard in ages. Bronislaw ‘Grom” Karwowski walked his granddaughter down the aisle at the end of this August despite his ailments and poor health. Two days later, he passed away after performing his final service to someone else.

Mr. Karwowski’s life was all about such service as you can imagine. He fought during World War II and was captured by the Nazis eventually managing to escape, continue fighting and surviving the war. Then, when the Communists took over, he was imprisoned for 10 years in 1948, only to survive that as well and continue on with life.

“He was awarded the Knight’s Cross of the Order of the Rebirth of Poland, the Silver Cross of Merit with Swords, the Cross of the National Armed Deed and many others.”

Fast forward to August 2018 when his granddaughter asked him to walk her down the aisle for her wedding. Dressing up in his World War II uniform, still sharp as ever, he did what she asked and as you can imagine, the result was astounding. You can clearly see everyone was emotional, the groom himself trying to hold back his tears but to no avail.

Mr. Karwowski passed away at the age of 94 on September 1st, 2018, just two days after the wedding and exactly a year shy of the 80th anniversary of Nazi Germany invading Poland.

We pay him the utmost respects.