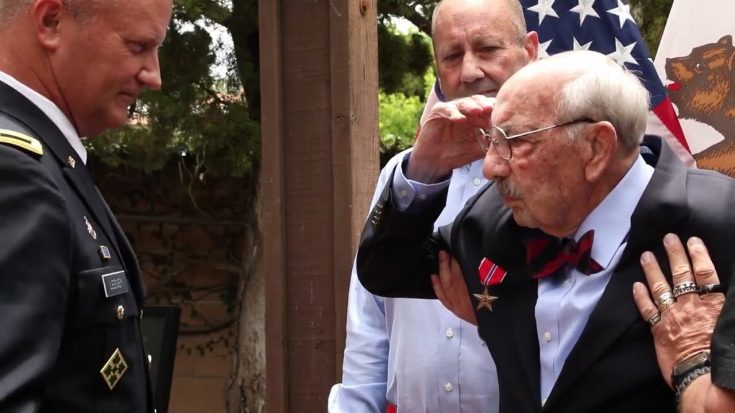 95-year-old veteran Ubaldo Joseph Ciniero was finally rewarded for his service 75 years after the war.

US Army Brig. Gen. Michael Leeney pinned the medal to Ciniero’s lapel during the ceremony. The veteran stood with the help of his close family members and returned the salute with his hands steady.

Ciniero was awarded the medal seven and a half decades ago but never officially got a presentation or even the award. It wasn’t until his son, Joel Ciniero, found his name on an 8th Armored Infantry Division website that he noticed his dad was awarded the Bronze Star.

Here’s what Joel Ciniero had to say after the ceremony:

“You know what’s odd? In my whole life, he’s just my dad. And today, I realized my dad’s a hero.”