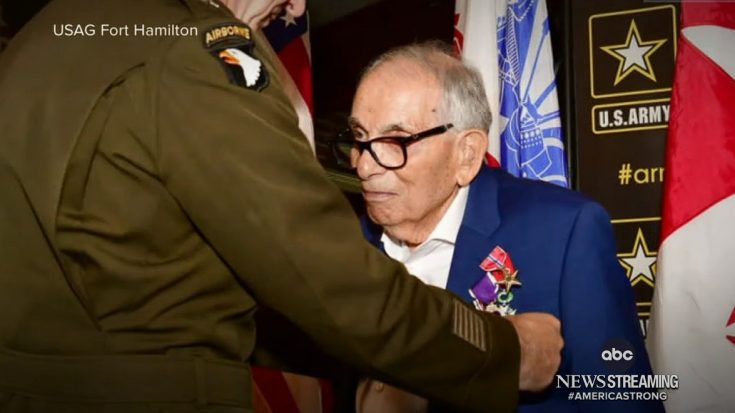 A case of administrative oversight resulted in this veteran receiving his Purple Heart 77 years later and a subsequent fire also didn’t help his chances to get one sooner.

The veteran’s name is William “Willie” Kellerman and he had quite an experience during the war.

He was a prisoner of war until he managed to escape and steal a bike. A flat tire forced Kellerman into a bike shop where a French resistance group was stationed at. In order to confirm that he was American, they asked the kid from the Bronx who won the 1943 World Series.

A year later, Kellerman was hit in the hand and leg by a sniper. He was later sent to a hospital in Czechoslovakia where he spent the time until the war ended.

Now, 77 years later, he finally has something to show for his bravery.

“It’s like I’ve been living in the dark all my life, and then all the light went on.”