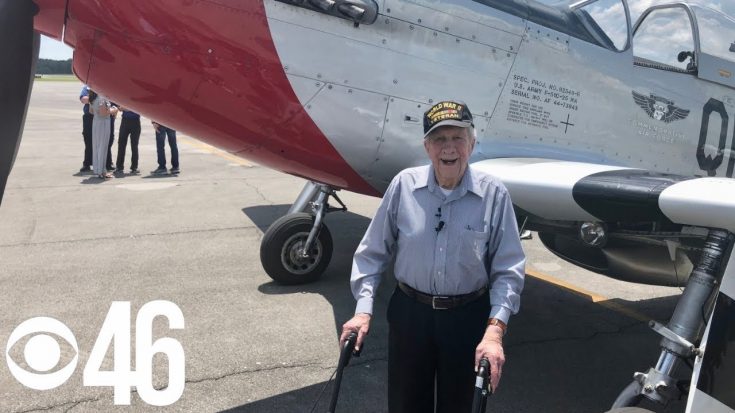 The smile on his face just could not be erased that day. Even at 101 years old, James McCubbin can still vividly remember his time flying the P-51 Mustang during WWII.

According to Catie Mason, the director of resident services at Renaissance Marquis, McCubbin can tell a lot of stories about his time in the war.

However, nothing can beat his stories about the Mustang. Thanks to the folks at Renaissance Marquis and the Commemorative Air Force, McCubbin had the opportunity to see a Mustang and climb almost on its wing.

In the end, he took a picture with the Mustang along with a picture of him in his Mustang in the 40s.