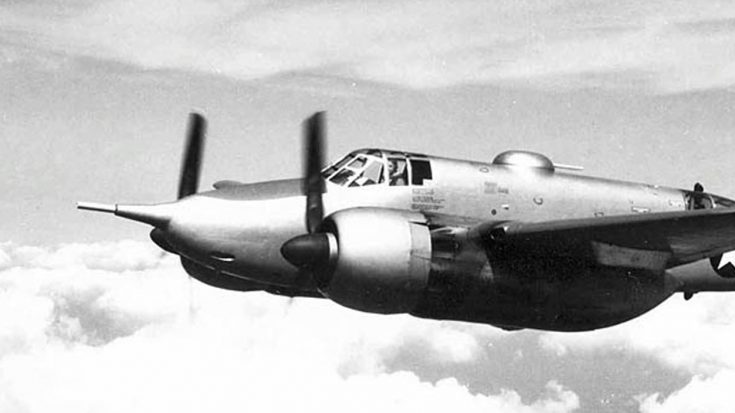 Aviation took a massive step forward during World War II. The need for bigger and more effective bombers as well as faster and more maneuverable fighters was a necessity for the Allies to win World War II but with that came a lot of experimentation. Although iconic aircraft such as the P-51 Mustang or B-17 Flying Fortress are what people talk about, there were many aircraft that didn’t make the cut.

One such plane is the Beechcraft XA-38 Grizzly.

The United States Army Air Forces gave a contract to Beech Aircraft Corporation to replace the Douglas A-20 Havoc as a ground attack aircraft. With the Allies still in the mindset of attacking Japan’s mainland in 1944, a fast aircraft needed to be added to the arsenal to penetrate tank armor.

Another name for the XA-58 was “Destroyer.”

The Grizzly was to be armed with a 75 mm cannon in the nose as well as two M2 Brownings to effectively perform the role as well as two additional turrets for self-defense. With such equipment, his aircraft was going to be a force to be reckoned with.

Two XA-38s were built and tested in May of 1944 and performed as planned. Right before the U.S. was going to order a large number of them, however, war priorities shifted and the aircraft never came to be.

As the war was coming to a close and the Allies started bombing anything left that could further the Axis’ war machine, the engines meant for the Grizzly were put on B-29 Superfortresses. Sadly, the two prototypes were neglected and no examples of this aircraft remain. One was immediately scrapped and the other was basically lost.