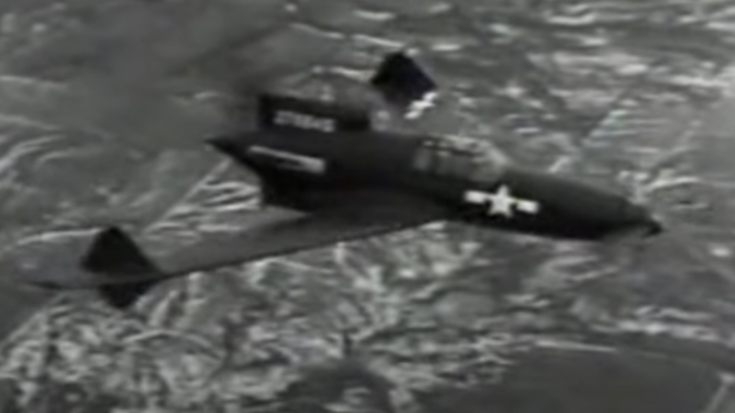 World War II brought out the best of aerial engineering to create aircraft that would win the war. There were many innovative designs in aviation that pushed the Allies ahead but several ideas never made the cut. One of those unusual designs was the Curtiss-Wright XP-55 Ascender that looks like it was put together backward.

With the propeller in the back and elevators on the front, it is easy to see why the XP-55 earned the nickname Ass-ender. It came about after a wind tunnel test model failed to satisfy the army, so the Curtiss company built a full-size plane with the reverse design.

“Curtiss-Wright designers stuck the main wing behind the engine and the pilot, at the tail end of the fuselage, and they mounted a short wing, or canard, near the nose. The Air Corps designated this entry the XP-55 Ascender.”

The Ascender was met with mild success during testing with good handling and stability. It even had a safety precaution where it would disengage its own rear propeller during ejection to avoid injuring the pilot. However, there were some issues with the XP-55 when it flew at low speeds where it became overly sensitive and also problems with engine cooling.

Ultimately the XP-55 Ascender program was scrapped because it didn’t surpass the fighters that were currently in use in the Army Air Force. It was an unusual design that may have worked, but the program was abandoned as the jet engine came into play. Archive footage of the XP-55 Ascender in test flights can be viewed in this historic clip.