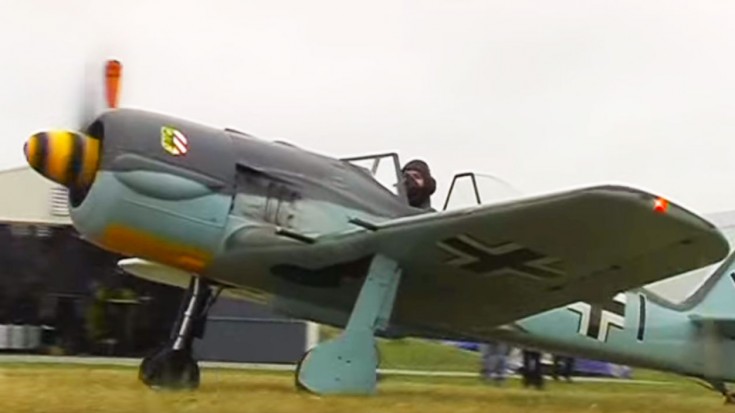 Well, It Certainly Is Cheaper Than The Real Thing!

Most of us can only dream of flying in our favorite World War II warbirds, however, if you have drive, it might not be out of the question. The guy in this video is living proof that it can be done. It’s expensive, but not a million bucks type of expensive. Of course, it’s not the REAL thing but it’s still very neat.

Of course, start by getting a pilot’s license. Your funds and woodworking skills won’t take you to the sky if you can’t fly. Kind of a no brainer, but something to consider in the final price as a simple sport license costs about $4,500 up to $10,000 for a private license.

Now, for the build, you have to be handy. We dug around quite a bit to see what went into this particular replica and stumbled upon a company called W.A.R, which stands for War Aircraft Replicas. Based in Florida, so far they’ve sold almost 200 plans for their builds.

Looking through forums and people who have actually build their replicas, apparently aside from regular tools you’ll have around your shed/garage you’ll need a table saw. That’s your biggest expense if you don’t have one already. We have a feeling most of you own one, just guessing.

Now that you have all that, here’s the bottom line. Between the materials and miscellaneous expenses you’re looking at about $25,000+. Depending on where you get your materials, the cost will vary. The entire fuselage is made of polyurethane foam and fabric/epoxy covering. Wires, engine, prop and gears of course you’d get at cost.

So, this is within reach depending on where you stand in life. As opposed to getting a Corvette or some other midlife crisis vehicle, you can build yourself a plane. Plus, in addition to Spitfires, they also have plans for Corsairs, Lightnings and Jugs.