You HAVE To See This B25-J Miss Mitchell Bomb Drop! 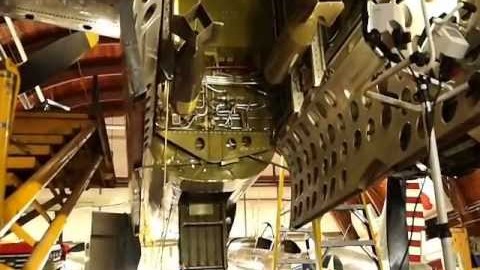 In World War 2, the North American B-25J “Miss Mitchell” was in the 310th Bomb Group, 57th Bomb Wing of the 12th Air Force based in Italy and North Africa. After the completion of a total of 130 missions, it boasted of one rare accomplishment which was having zero crew fatalities. Giving credit to the patience and dedication of the Minnesota Wing of the Commemorative Air Force, it took 12 years before the restoration was complete.

The nose of the Miss Mitchell is that of a B-25 configured for bombing runs. The glass windows provide a spectacular view of the sky and land below.

“Miss Mitchell” now participates in various air shows and events across the country and in Canada too. It even attended the Doolittle Raiders Reunion! This footage shows its first bomb drop ever since World War 2 and it’s going to give you the chills. You’ll even get a view from the bombardier’s seat!