You Won’t Be Forgetting These F-2 Flybys Anytime Soon 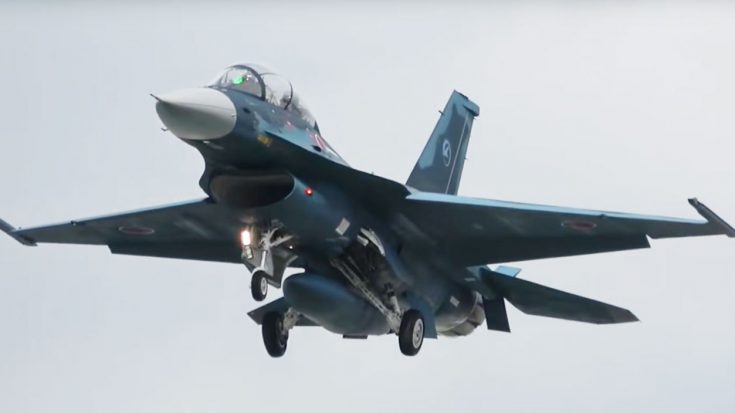 Since World War II American sanctions over Japan have limited military aircraft they can produce for the past 70 years. So when the Japanese are able to create planes they make sure that they are of the highest quality. The Japanese Air Force demonstrated some of those high-quality aircraft during an appearance at an airshow before an audience. The planes include a Mitsubishi F-2, a Kawasaki C-1 and a Sukhoi T-4.

“Mitsubishi F-2 is a multirole fighter derived from the General Dynamics F-16 Fighting Falcon, and manufactured by Mitsubishi Heavy Industries and Lockheed Martin for the Japan Air Self-Defense Force, with a 60/40 split in manufacturing between Japan and the United States.”

Not a bad show of force when it comes to these flybys. The Mitsubishi F-2 is Japan’s answer to the F-16 Fighting Falcon and with it is not a bad comparison. Seeing these jets in action really is an absolute joy, you have to check it out.