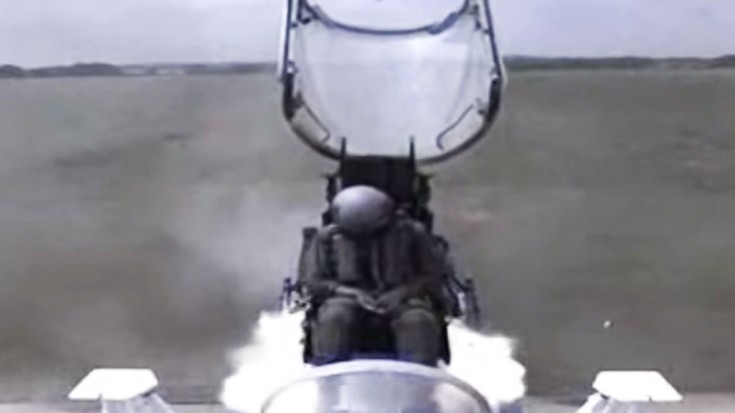 Just Looking At This Made Me Want To Pass Out.

The development of ejection seats in aircraft could be traced back to World War II, as Germany started experimenting with them with the advent of their jet powered planes. They didn’t become fully operational however, and for the most part a World War II fighters ejection seat was climbing out of the chair and literally jumping out.

Over the years as technology got better and planes got faster, ejection seats were crucial to increase the survivability of pilots. Sir James Martin used his company called Martin-Baker to start experimenting with such systems right after World War II. Today, it’s the biggest manufacturer of ejection seats around the world and they’re getting more and more advanced.

What you’ll see here is the newest type of ejection seat called a zero-zero ejection seat. Before those, the pilot still had to have speed and altitude in order to safely eject from a plane. The zero-zero seats allow you to eject with neither of those which means you can eject right before you hit the ground.

Although that’s amazing, after looking at this video, it still doesn’t seem like a pleasant experience. The slow motion ejections are fun to watch, but when they show you the ejection at regular speed at the end, well, judge for yourself.